If you live in the part of the world where I come from, I have no doubt that you must have heard about spiritual warfare. And I can bet that you probably heard about it from the dimension of people trying to attack or manipulate your destiny. Lol. The truth is spiritual warfare is beyond the dramatic and scary show of diabolical powers! Spiritual warfare is an every-day war against the truth in your heart, and an ongoing battle for the purity of your mind. If we ever stand a chance of winning, then we need to understand the nature of the war that is waged against us.
Now let me show you a more accurate picture of what the war looks like!

For although we live in the natural realm, we don’t wage a military campaign employing human weapons, using manipulation to achieve our aims. Instead, our spiritual weapons are energized with divine power to effectively dismantle the defenses behind which people hide. We can demolish every DECEPTIVE FANTASY that opposes God and break through every ARROGANT ATTITUDE that is raised up in defiance of the TRUE KNOWLEDGE of God. We capture, like prisoners of war, EVERY THOUGHT and insist that it bow in obedience to the Anointed One.
-2 Corinthians 10:4
Can you see this? The war against you is not physical, it’s not direct, it’s not confrontational as such. It’s subtle, it’s internal, it finds a way to slip into your mind and replace the truth it’s not an opponent waiting for you on the other side of the battle ground it’s right inside your mind. This is why it is pointless to fight this with physical armory. when we do that it exposes our level of ignorance and that gives the enemy an advantage even though we are already on the wining side. If you don’t know if you are on the winning side, please you need to contact a Flust counsellor today!

Let us bring this home…
Have you noticed that the battle you face every time you have a choice between lust and purity usually happens in your mind? It’s in your imagination… Because our mind is the channel through which we process everything we are exposed to externally, it is packed full of data both good and bad, that we did not necessarily permit. That is why if left unguarded, it can wander into places it shouldn’t. And this my friend is the war, the real war. The enemy is not coming at you with any physical weapon, rather he has a strategy to use your mind as a weapon against you. His strategy is to push into the reservoirs of your mind harmful data that he can pull out at any time as a weapon against your purity.
How does he do this? Think about it this way, every time you open your eyes, ears or any other part of your body to watch or participate in sexual sin it is synonymous to a military army opening its armory for the opponent to strategically plant remote controlled bombs that they can detonate at any time! Can you picture it? That’s terrible! Who does that?! You, me, all of us! We do this every single time we open ourselves up to lustful content. In a physical army what would such a person be called? A traitor!
I hope this picture sticks in your mind and you remember it every single time you are faced with a choice between sexual purity(life) and sexual lust (death).

Now that you know this, the next question is how do we deal with the enemy bombs that have been covertly planted in our minds and how do we keep him out?
Two Bible passages come to mind, 1) put on the mind of Christ, 2) be transformed by the renewing of your mind. Maybe you or someone you know needs freedom from addictions to any kind of sexual sin, fornication, masturbation, adultery, pornography etc., then this is the truth that will set you free. Waging spiritual warfare by binding and casting the devil or praying for God to take away your sexual desires is not the answer.
You need to arise as a solider, go into the battlefield, which is your mind, and flush out the enemy’s property AKA renew your mind! You’ve allowed the enemy plant his bombs in your mind all this while and each time he detonates one, the explosion is the sexual misconduct that plays out starting in your mind and on to your physical act. It’s now time to renew your mind and put on the mind of Christ.

Since the bombs are in form of thoughts and imagination, you need to engage it at that level.
How did you get those negative thoughts planted? They were planted by the pictures you saw and the words you heard in movies, books, songs, conversations, social media posts, websites, experiences you had, places you visited, what else? You know them. List them out
Then go on to secure every single one of these thought planting avenues. Make them work in your favor, plug them with the right kind of content. So, each time you turn on the music or watch a movie or gist with a friend you are certain that you will receive ammunition that reinforces purity. It won’t happen in one day; it will take gradual consistent effort and daily decisive action. It might look like nothing is happening at first but don’t give up! (In a future blog I’ll show you more practically what this looks like.)
Remember the enemy has had a lot of practice and time to know how to subtly plant his bombs in unsuspecting corners of your mind, but if you keep flushing them out daily one after another, then as surely as the sun rises, know that you are already wining. And you can’t afford to quit because even as you are flushing, the enemy is ever looking for even a little crack to creep back in and plant his bombs. Don’t give him an inch or else he will take over your mind yet again. The battle is always on so you must always be fighting!

The good news is if you are in Christ then you belong to an army that has the joker strategy, a camp that has supplies to keep you reinforced, and a Commander that keeps you alert through the battle, so your victory is guaranteed.

The next move is yours my friend. What do you choose? Defeat or Victory? Death or Life? Lust or Purity? 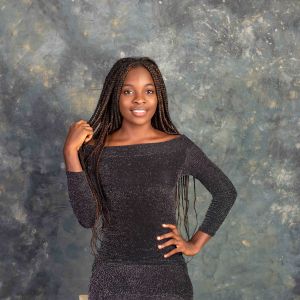 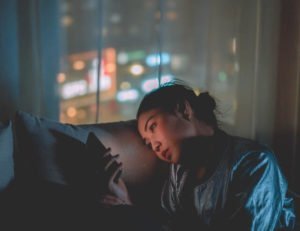 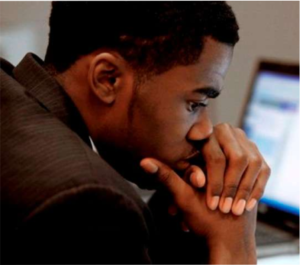 Just watched pornography? | 5 things to do immediately after falling into temptation

You’re back there, that place you promised yourself you’ll never go back to, and now you’re here. Just when things looked like they were getting better, they get worse and you fall for the temptation.